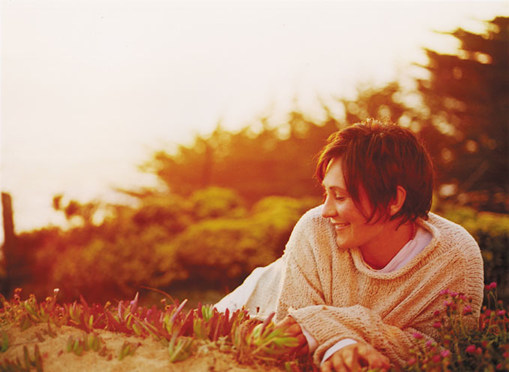 To get into the mood to write about the k.d. lang concert I put Ingénue on the cd player; but the mood it put me into-the mood it always puts me into-is just to sit and listen. After four spins through resulted in one sentence, I put The Clash in so I could get something done. lang invites languor. "We're going deep into romance," she said as the stage lights dimmed from sunrise pink to aqua green and the opening bars of "Wash Me Clean" played; "and not coming up for a long time." The audience was mesmerized-that's what Ingénue does to a person. In the concert that romance turned out to be a vacation fling that co-existed with parties and swimming. Not for nothing is her latest album called Invincible Summer.

But first, some news from our invincible autumn.

My favorite item, and this surprised me because I thought it would have been all the rain we've been getting, is Great-Great-Aunt Mary's one hundredth birthday party which was held the day of the concert. Mom used to take me to see Aunt Mary when she lived in a trailer in Mesa several years back, and her grasp of my identity was shaky even then. Now it's just gone. Even giving her one of my Cobra Cards didn't help, though she stared at the snake for a long time. Besides, I can't claim my memory of obscure relatives is anything to shout about; I must have asked Mom "Which one is Dorothy?" ten times. The thing is, Aunt Mary is one of the nicest people on earth. Aunt Evelyn gives her a run for her money, but Aunt Mary has seniority so I have to rule for her. She is one of the few who makes me rethink my position on letting old people stray out of their homes-no small feat considering I worked at a Dunkin' Donuts one winter.

The last time a family event/ concert convergence occurred was when my Great Uncle Max's funeral fell on the day of the Nine Inch Nails show a few months ago. Although I've come to appreciate funerals as an opportunity to visit with far flung friends and relatives (those of you who know them-or are them-understand why that's a treat), their primary function is to acknowledge somebody is irrevocably gone. Birthday anniversaries are also reminders of mortality, especially when you get to a venerable age like 100 or 32, and we celebrate because we know that life is fragile and fleeting. And if funerals and birthdays are not as dissimilar as we like to suppose, neither are Nine Inch Nails and k.d. lang. Each have a fatalism that could produce a line like "Sour the fruit of neglect/ The core of my doubt/ Deprived are the veins you infect/ With or without;" but where NIN leaves the tang of wormwood, a k.d. lang concert is redolent of birthday cake-all you can eat.

That's why her music endures. The reason her shows are wonderful is because she is a wonderful performer, but I'll get to that in a minute.Several weeks ago, my magnanimous Auntie Jan awakened me from my late afternoon, post-Blind Date nap. I recall being disappointed in the episode, which ended with necking in the hot tub rather than hissing in the cab, and baffled by Aunt Jan's question, "Do you like k.d. lang?" 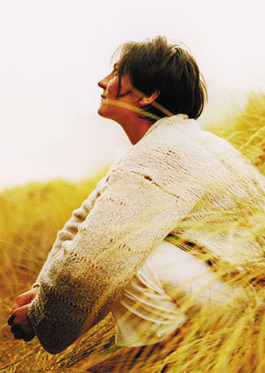 Of course I like k.d. lang, but what does that have to do with anything? I'm pretty slow on the uptake, but I liked where this was going. It seems she had courted eternal damnation in scoring concert tickets at a funeral from a friend who is also lang's manager. Thank you, Aunt! She took me home from Aunt Mary's birthday party because when I asked if she would give me a ride to the show she said there was no way she was driving into Scottsdale to get me, and that was fine because she always has plenty of news and stories to tell me. At her house, we met a friend of Ron and Kelley's named Helen, who by the way worked with David Maletta in the AZ Courts-but I'm not supposed to write about him any more, so scratch that. Together, we went to a place called "A League of Their Own" in the Arizona Center, just across the street from the concert venue. Although this place was suggested as sort of a lark, I think I can safely pronounce it the best lesbian sports bar ever. It is beautiful-quiet, with lots of dark wood furniture, a lounge with HDTV and overstuffed chairs and couches, a two page wine list, and a good variety of appetizers. Sure, sports played on the televisions, but the volume was way down so they were easy to tune out; and Aunt Jan was obliged to terrify a slow moving waitress, but she had it coming. At 8pm, the place emptied out and a loose knit gang of women made its way to the Web Theater.

That band was called Yve-Adam and they were inspirational in conventional ways. The singer, Yve, was kind of an interesting Bauhaus blend, wearing Daniel Ash's clothes, performing Peter Murphy's moves, and hair a modified David J. If Adam had shorter hair, he could have made a passable Kevin Haskins, but I don't suppose that's either here or there.

k.d. lang's stage was very simple (though Pat, who showed up midway through Yve-Adam, wondered why the drum kit had a sneeze guard), with four musicians on the floor, three more on a riser, and plenty of room for her to move around. She was so relaxed and unselfconscious in front of her frankly worshipful audience and so comfortable with her band and backup singers that we could have been watching her goof off in her living room. Her interactions with the crowd were spontaneous and witty. When she predicted her latest single would zoom past Brittany Spears on the charts, there was an angry yell: "Brittany Spears can go to hell!" lang grinned and purred, "I'll tell her." 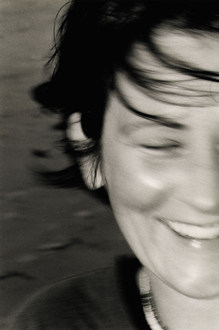 A high point in the evening came with the first encore, when k.d. lang, who had been attired in faded jeans and an unraveling orange overshirt, reappeared in a big yellow satin dress with matching a polka dotted shawl that kept slipping off her shoulder to reveal the tattoo of an anchor on her upper arm. Bubbles floated up from both sides of the stage as she swooped around singing "Miss Chatelaine," and a towering brown beehive wig stayed atop her head just well enough to justify her joke about the occasional convenience of a strap-on. But I have to say, if she doesn't resemble Kyle MacLachlan as closely as I had thought, she doesn't make a particularly convincing drag queen either.

There was a second encore, because she had yet to sing "Constant Craving." She also had yet to sing "Big Boned Gal," "Luck in My Eyes," and "Pullin' Back the Reigns," but we had to leave anyway, through the crush of short haired, jeans and sweater clad womyn and the occasional man. Aunt Jan told us lang was in a different creative space. That would explain why her torch songs didn't singe like they do on her albums, she seemed too happy to make us sad. But we agreed over the jumbo, garlic flavored potato chips at A League of Their Own, that was something we could live with. Life needs birthdays and funerals, art needs k.d. langs and Nine Inch Nails, families need Aunt Marys and Evelyns and, well, the rest of us. "Love, Force of death and birth/ Still lies naked when next to the truth/ So spins the earth."

From Vol. 25
Back to Cobra Music